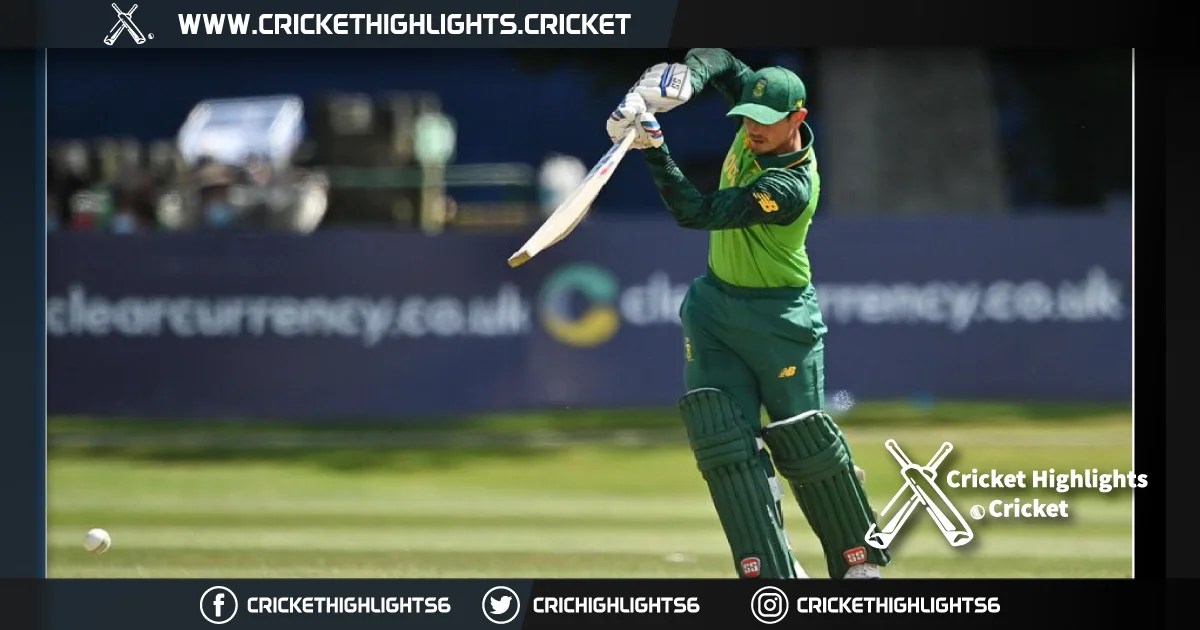 South African openers Janneman Malan and Quinton de Kock dominated the 3rd and final ODI of the 3-match series. The visitors beat Ireland in Dublin for their first win of the tour.

Malan was the lead of the match, scoring the 4th-highest score in South Africa’s ODI history. The right-handed batsman scored 177 runs and helped his team tie the score. He hit 16 fours and 6 sixes during his time on the field.

Tamil Nadu Premier League, 2021 Live: Match 23, SS vs NRK LIVE Streaming for free, When, Where, How to Watch?

Malan was just 11 runs short of the best individual record in the 50-over format, Gary Kirsten’s unbeaten record of 188 runs.

Malan was supported by his partner De Kock, who scored his 16th ODI hundred. The pair put up an incredible opening stand of 225 runs. The wicketkeeper-batsman ended up scoring 120 runs in just 91 deliveries, helping South Africa post 346/4 runs in the 50 overs given to them.

Joshua Little was the best bowler for Ireland. He took 2 wickets for 53 runs in 9 overs.

After scoring this big score, the hosts were bowled out for 276 in 47.1 hours and lost the match by 70 runs. The Irish team struggled from the start and were reduced to 92/6 as Simi Singh and Curtis Campher did their best to maintain the run rate and get their team out of trouble. The pair added 104 runs for the 7th wicket.

While Andile Phehlukwayo ran out Campher for a well-made 54 runs, Simi stuck to his end and continued to tickle the scoreboard. He didn’t get enough support from other batters as the touring party wrapped up Ireland’s innings for 276. Simi hit his maiden century in the process and remained unbeaten on 100 from just 91 deliveries.

Tabraiz Shamsi and Andile Phehlukwayo grabbed 3-wickets each as the bowlers backed up a superb batting display to ensure the #Proteas claimed victory in the 3rd ODI against @cricketireland to share the series 1-1#IREvSA #ThatsOurGame pic.twitter.com/YT3fpM2ag8

South Africa with Quinton de Kock is an altogether different side. #IREvSA

Both recorded the top-2 highest scores against Ireland men during their innings.#IREvSA

Tamil Nadu Premier League, 2021 Live: Match 19, CSG vs DD LIVE Streaming for free, When, Where, How to Watch?