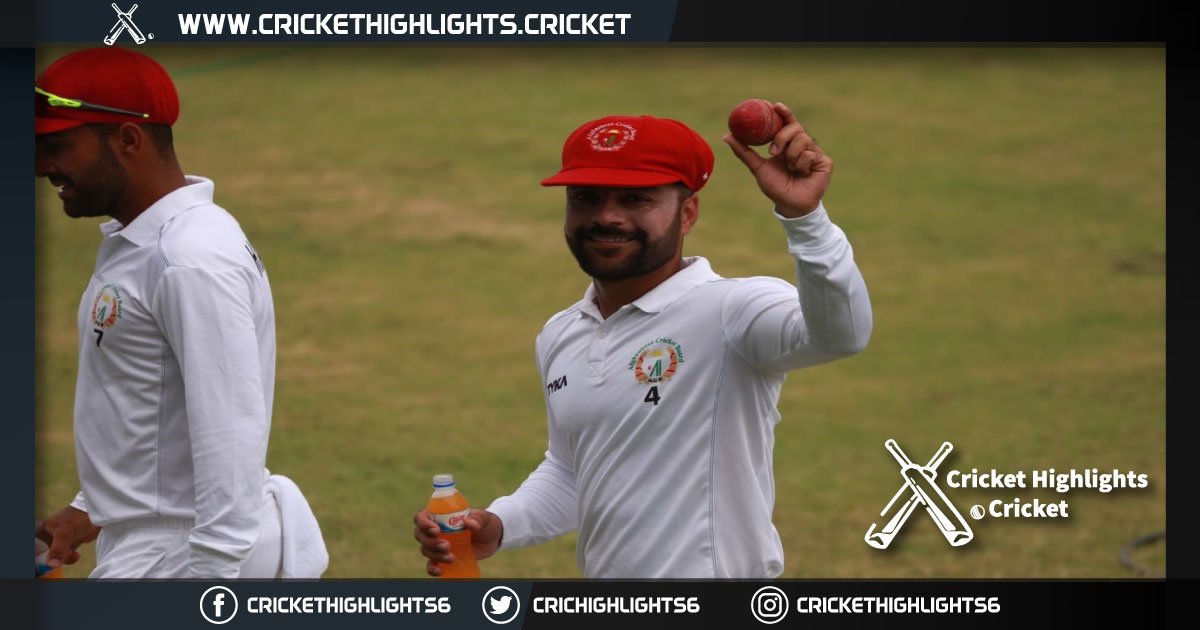 Afghanistan leg-spinner Rashid Khan picked up his second 10-wicket haul in Test cricket to help his side beat Zimbabwe by 6 wickets to a level the series in the 2nd Test in Abu Dhabi on Sunday.

Afghanistan chased 108 runs target against Zimbabwe in the final session of the match to level the two-match series 1-1.

Playing their 6th Test match, the Afghans posted 545-4, their highest ever total, before captain Asghar Afghan declared their first innings.

That was built on the first double hundred by an Afghanistan player when Hashmatullah Shahidi scored 200, not out. Captain Asghar Afghan made 164.

The Asian side looked headed for swift revenge for losing within two days in the opening Test when they dismissed Zimbabwe for 287 in the first innings and reduced them to 142-7 in the second inning after forcing the follow-up.

But Zimbabwe captain Sean Williams, who remained unbeaten on 151, and Donald Tiripano showed great character to add 187 runs for the 8th wicket and help Zimbabwe avoid an innings defeat.

Rashid broke the resistance with his 6th wicket of the innings, and he denied Tiripano a first Test hundred when he locked him up for 95 shortly before the lunch break.

Rashid also removed no.11 batsman Victor Nyauchi before scoring any run as Zimbabwe dismissed for 365 in their second innings.

Check the complete Scorecard of the Afg vs Zim 2nd Test match here: