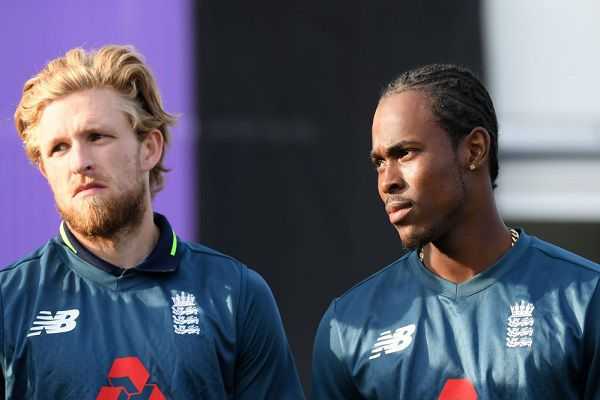 David Willey has returned to England’s ODI squad for the first time since missing out on World Cup Squad, with fellow left-arm Reece Topley recalled four years on from his last appearance.

Fourteen players have been named to take on Ireland in a 3-match series behind closed doors at the Ageas Bowl between July 30 and August 4, England’s first ODIs at home since they became World Champions at Lord’s last summer.

Willey missed out on that experience despite 46 appearances in the four-year cycle between tournaments sacrificed in favor of the newly available Jofra Archer, who went on to play such a vital role during the competition.

That looked like it might be the end of the Yorkshire all-rounder’s international career, but he now has the chance to restore it with the nature of the current fixture schedule forcing the selectors to pick entirely separate red and white-ball sides.

That has also opened the door for Topley, who earned the last of his ten caps in February 2016 and has since endured horrendous injury problems, including multiple stress fractures.

Somerset’s explosive batsman Tom Banton has an opportunity to make his case in an otherwise experienced top-order line-up, which is led by captain Eoin Morgan and senior men Jason Roy, Jonny Bairstow, and Moeen Ali.

There is no place for Sussex prospect Phil Salt despite a 58-ball century for England Lions against Ireland on Sunday. Pace pair Tom Helm and Henry Brookes must also wait for their chance despite impressing with 3 wickets apiece in that warm-up outing.

Joe Denly, who was dropped from the Test side after the series opener against the West Indies, moves across to the white-ball bubble, as does Saqib Mahmood, who had been a reserve seamer in the Test group.

Our return to home soil as world champions! 🏏🌍🏆

Richard Gleeson, Lewis Gregory, and Liam Livingstone will stay with the squad as reserve players.

The series against Ireland is the first to count towards the International Cricket Council’s new Cricket World Cup Super League ranking system.

Morgan stated: “We’re looking forward to playing cricket again. Given the situation, it will be quite different from the last time we played at home when we lifted the World Cup at Lord’s, but it’s nice to be starting our journey for the next edition of the tournament.”

“I’m sure cricket fans all over the world will be excited to see white-ball cricket resume, and we’re looking forward to the challenge.”

“Ireland are a talented team who have shown over the years that they can beat the best on their day. We look forward to what promises to be an interesting series.”