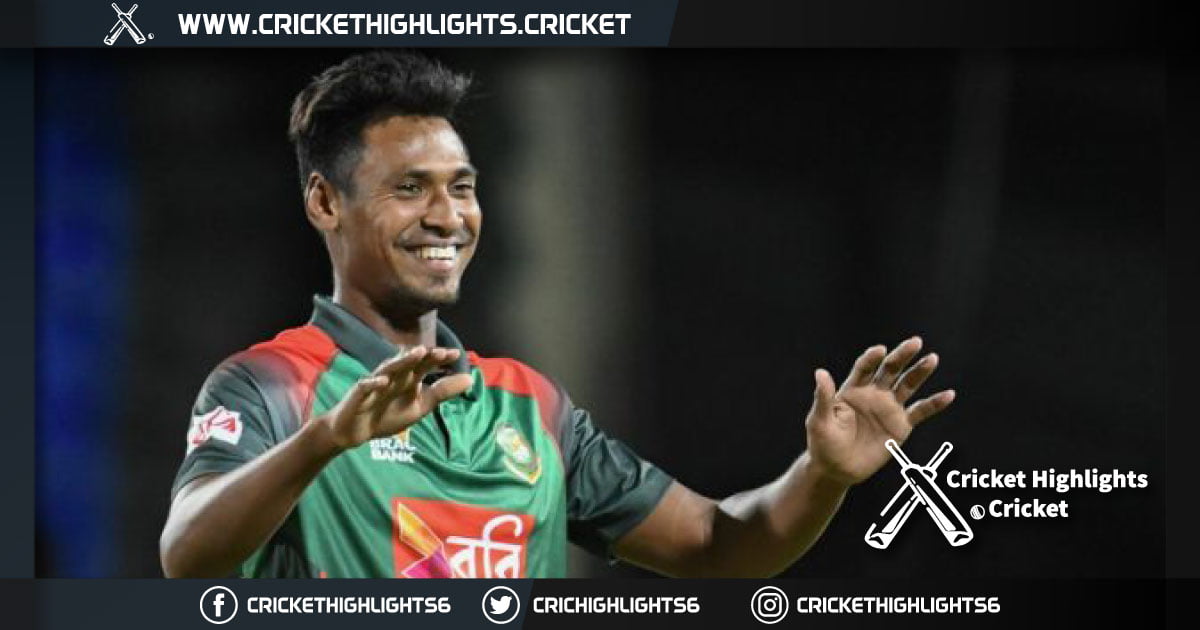 The Bangladesh Cricket Board (BCB) has allowed their players, including Mustafizur Rahman, to participate in the Indian Premier League (IPL). However, the lucrative T20 tournament is set to clash with their international fixtures. The left-arm pacer, bought by Rajasthan Royals (RR) for Rs 1 crore at the recently concluded auction, has decided to skip the IPL to give national duty precedence.

Mustafizur Rahman has said that he will be available for his team’s 2 match Test series against Sri Lanka in April if selected. Tests that the two sides are scheduling to play are part of the ongoing ICC World Test Championship, and they will also compete in an ODI Super League in May 2021.

“Country comes first for me. I will play Tests if the team management selects me,” Rahman told reporters before leaving for the limited-overs tour of New Zealand.

“My priority is to play for my Country, and if I am pick in the Test series against Sri Lanka, I will naturally play. If I am not picked then, BCB will tell me that I am not included. At that point, if I am given NOC to play in the IPL, then I will play, but patriotism comes first for me.”

However, the BCB hadn’t given Rahman a NOC for last year’s IPL. Two years before that, the board was criticized for not reporting an injury he suffered during IPL 2018 while playing for Mumbai Indians (IPL).

“There’s no pressure to play in the IPL or for Bangladesh,” Rahman said. “It is not new for me. I have forgone IPL in the past to play for the country. I am thinking along similar lines this time too.”

Meanwhile, the BCB has granted their star all-rounder Shakib Al Hasan permission to miss the Sri Lanka Tests after he had requested to be allowed to do so.